The NSWRL is pleased to announce that Theresa Tasaico from the Southern Sydney Region has been named the NSWRL Gordon Lowrie Volunteer of the Year winner for her tireless work in re-starting a club in the St George District to help revitalise Rugby League in the area.

“Volunteers are the lifeblood of our game and Theresa is a perfect example of that,” NSWRL Head of Football Robert Lowrie said.

“She has devoted countless hours to starting up the Riverwood Legion JRLFC and taken on a number of significant roles to advance female participation in the St George District.

“The NSWRL congratulates Theresa and all our other volunteer award winners for their contribution to the growth of Rugby League and the sacrifices they make along the way.”

Tasaico and her husband Daniel were sounded out at the end of 2017 to help restart a club in the St George District for seniors and juniors that had been dormant for several years.

That led to the rebirth of Riverwood Legion JRLFC, which has history stemming back 31 years before becoming inactive, with Tasaico starting off with three teams.

Now in 2021, the club has nine teams and Tasaico is the Riverwood Legion JRLFC Club Secretary and Vice-President for St George Junior Rugby League Football District.

“I got into it because of my boys Reilly and Joshua,” Tasaico said.

“The club is growing. I have a great team of strong women and men around me. It all makes it worthwhile when you the see the little ones play – they are so cute, and they love it.

“The camaraderie between them, and running around with their mates, it’s just great.

“I love it, but it’s been hard with COVID-19 because I’ve actually got free time on my hands now – I’m asking myself ‘What should I be doing?’

St George JRLFD President Gary Faafua said he had no hesitation in nominating Tasaico for the award after seeing firsthand how hard she works every season.

“If you ask her, she will say her reward is the kids smiles. Inclusiveness, positivity, unity, discipline and respect, are only a few words that can describe what she has brought and continues to bring to rugby league over the last 10 years. 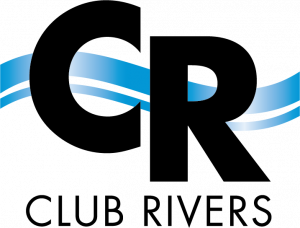 The St George Junior Rugby Football League recognises that the Biddegal people of the Eora Nation are the traditional inhabitants and custodians of the land which we play and train on.

The league recognises Aboriginal people as an integral part of the fabric of rugby league and highly values their contributions to our game.